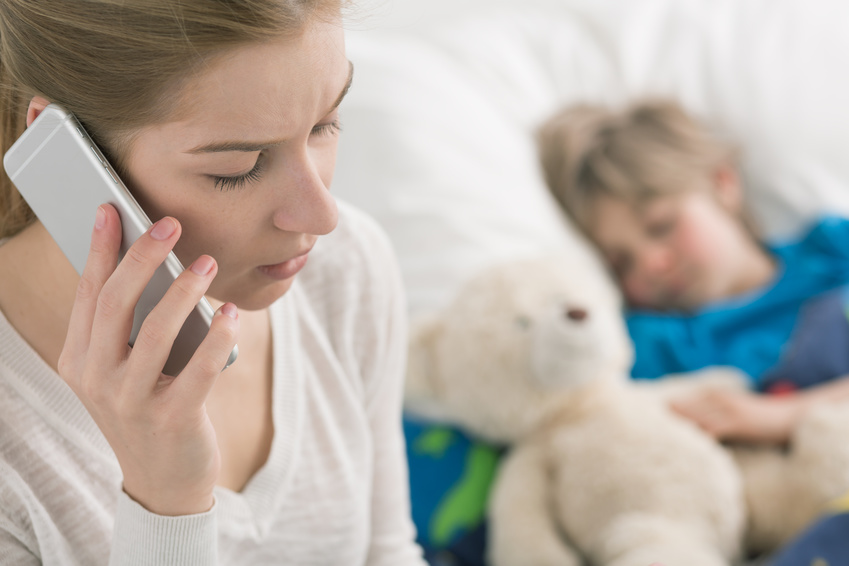 As a parent, it is always worrisome when your child doesn't feel well. But when your child starts experiencing migraines at a young age, this can be even more frightening. These severe headaches can be debilitating, arriving with an array of other symptoms. If your child suffers from migraines, you might soothe them and help them sleep to control their pain until it's over.

But researchers have recently unveiled a new potential treatment for childhood migraines:

Formally known as Botulinum Toxin, Botox was the most common cosmetic treatment among the 14.2 millionprocedures performed in 2015, racking up 6.7 million procedures. While you may know it as a strictly cosmetic treatment, Botox has many other medical uses. The FDA cleared the drug to treat adult migraines, and now this treatment might just work for children.

This is according to research from the University of California, Irvine. Time reports that the small study involved nine people aged eight to 17, all living with chronic migraines. Researchers found that the kids who received Botox injections every 12 weeks over five years reported improvements over time pertaining to the frequency, duration, and intensity of their migraines.

“When it comes to pain management in children, it’s an extrapolation of everything we know in adult literature,” Dr. Shalini Shah, chief of pain medicine and director of pain services at UC, said in a statement to Time. “[Botox for migraines] is phenomenal in terms of success in adults. It should be extrapolated in children.”

Time reports that more research is required before the FDA can approve the treatment, and the UC researchers are currently organizing a larger trial. Dr. Shah also ensured Time that they were not connected to the manufacturers of Botox.

“Many current migraine medications have side effects including sedation, dry mouth and confusion, which aren't well-tolerated in children and teens,” said Dr. Shah said in a statement to Science Daily. “Our research of [Botox] is part of an effort to find better treatments for children and teens with migraines so they can realize their full potential.”

While this treatment has potential to revolutionize youth migraine treatment, it's important that you take your child to a medical professional to address their migraines. If you are concerned about a particularly severe headache, get your child to an urgent care center as soon as possible. If their primary care doctor is not available, 90.6% of urgent care clinics are open until 7 p.m. or later on weeknights, and two out of five are open past 9 p.m. Once you address their pain, speak with their primary care physician about treatment options.