I must make a confession. I Have never once tried to make colorful Cabbage Soup. It is zero points for me on Weight Watchers! 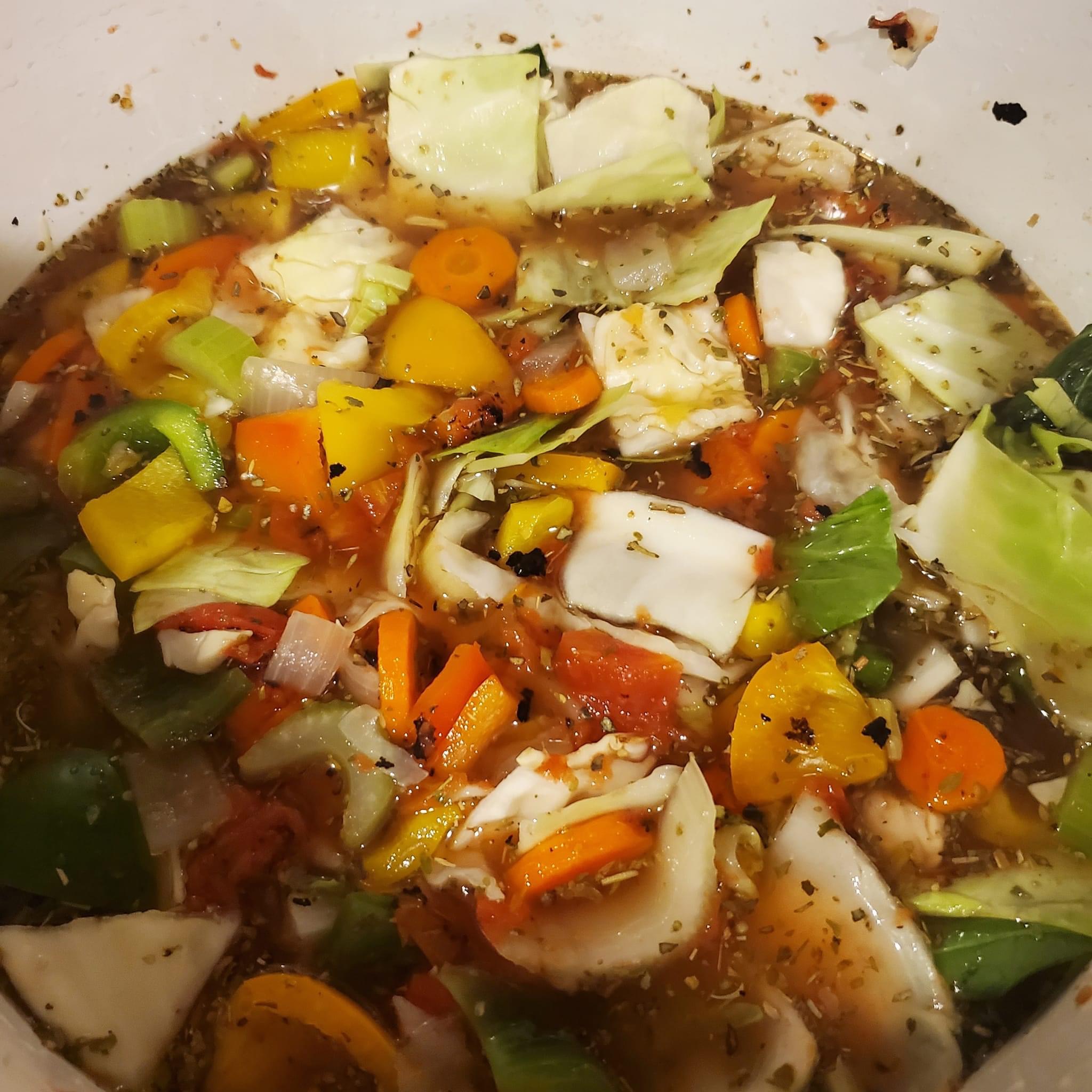 And when I met my husband 25 years ago- he almost magically morphed into a short-order cook. He truly took such pleasure in creating meals for us- and I was more than happy to oblige him in his pursuit of the perfect ravioli or casserole.

It was almost like he'd been waiting for 40 years to unleash his inner Gordon Ramsey and he just needed his muse, or more aptly someone who would eat his food and NEVER CRITIQUE IT. And he found that in me– and if truth be told his soups, his salads and his pastas and vegan dishes NEVER disappoint!

Of course now that we have kids- while having their dad in the kitchen was their normal- as they've gotten older they find it kind of cool and oddly interesting that their mom DOES NOT COOK- they have tried albeit unsuccessfully to get me to whip up meals. But here's the thing- when I have done it– it has been miserable– and my kids now BEG ME to stay out of the kitchen.

It's also great to have your kids seeing that gender plays NO ROLE when it comes to cooking.

2 large cans of vegetable  broth, 2 cans of 0 point fire roasted tomatoes (not all are 0 points), carrots, colorful peppers, celery, onions, garlic, cabbage. You can use more veggies if you'd like. 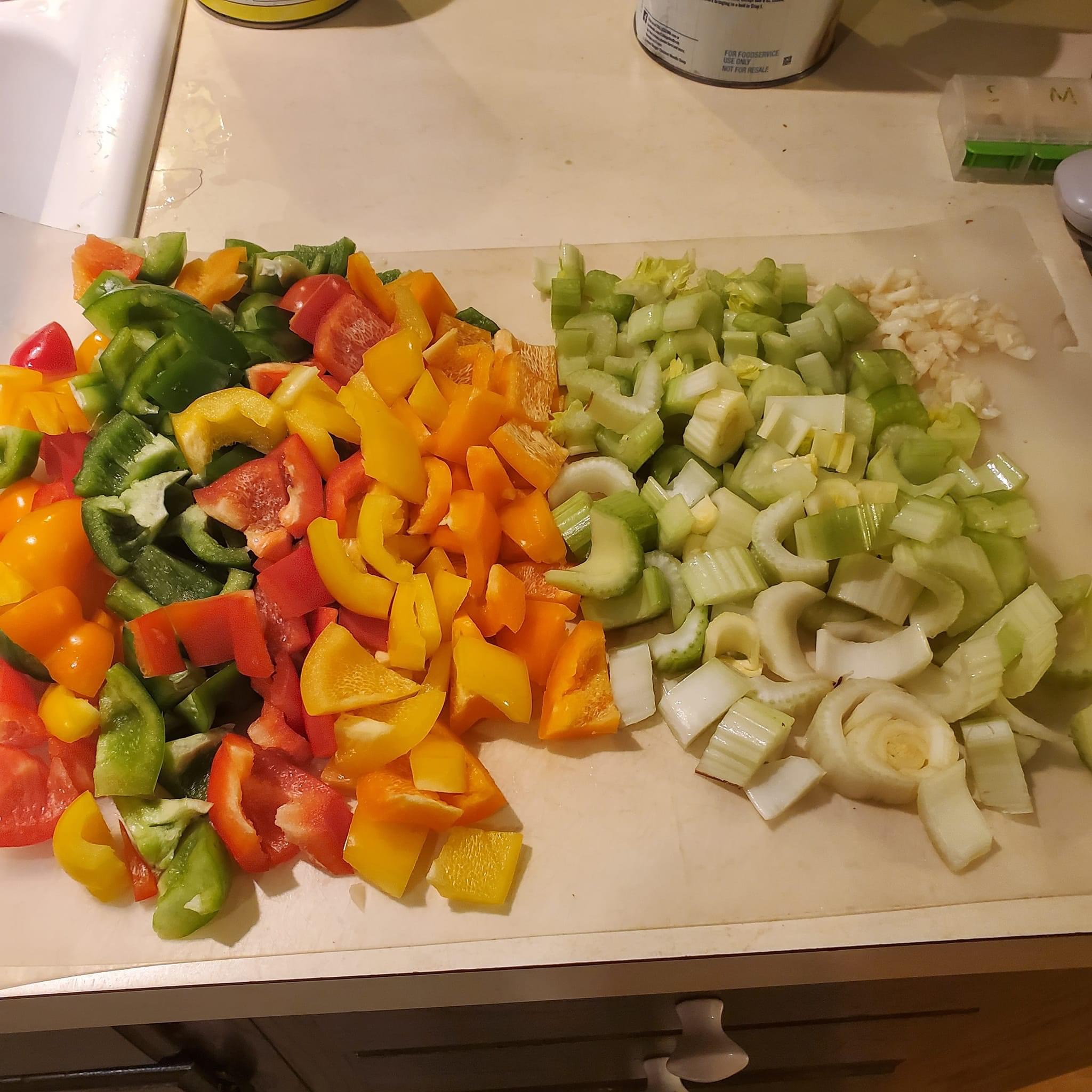 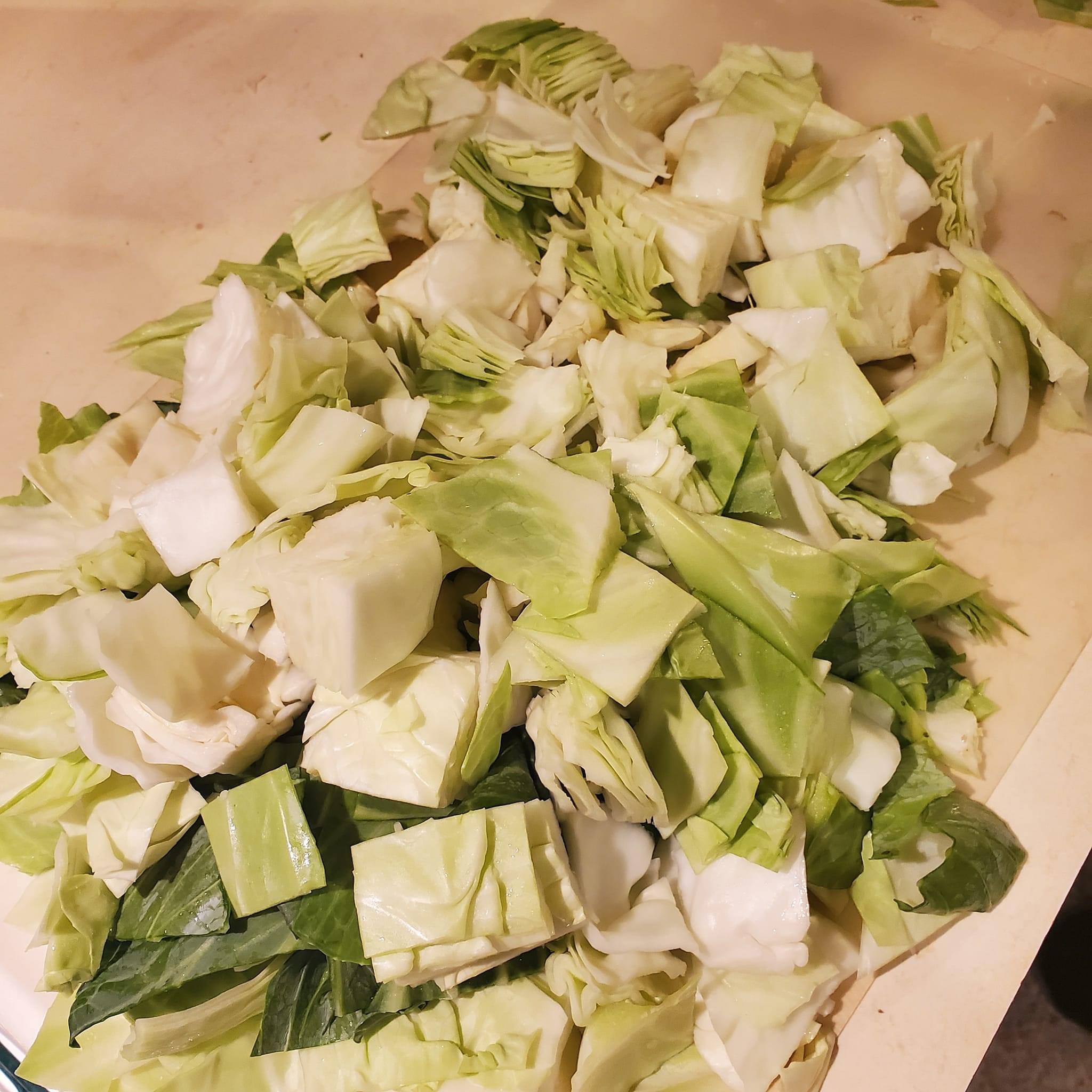 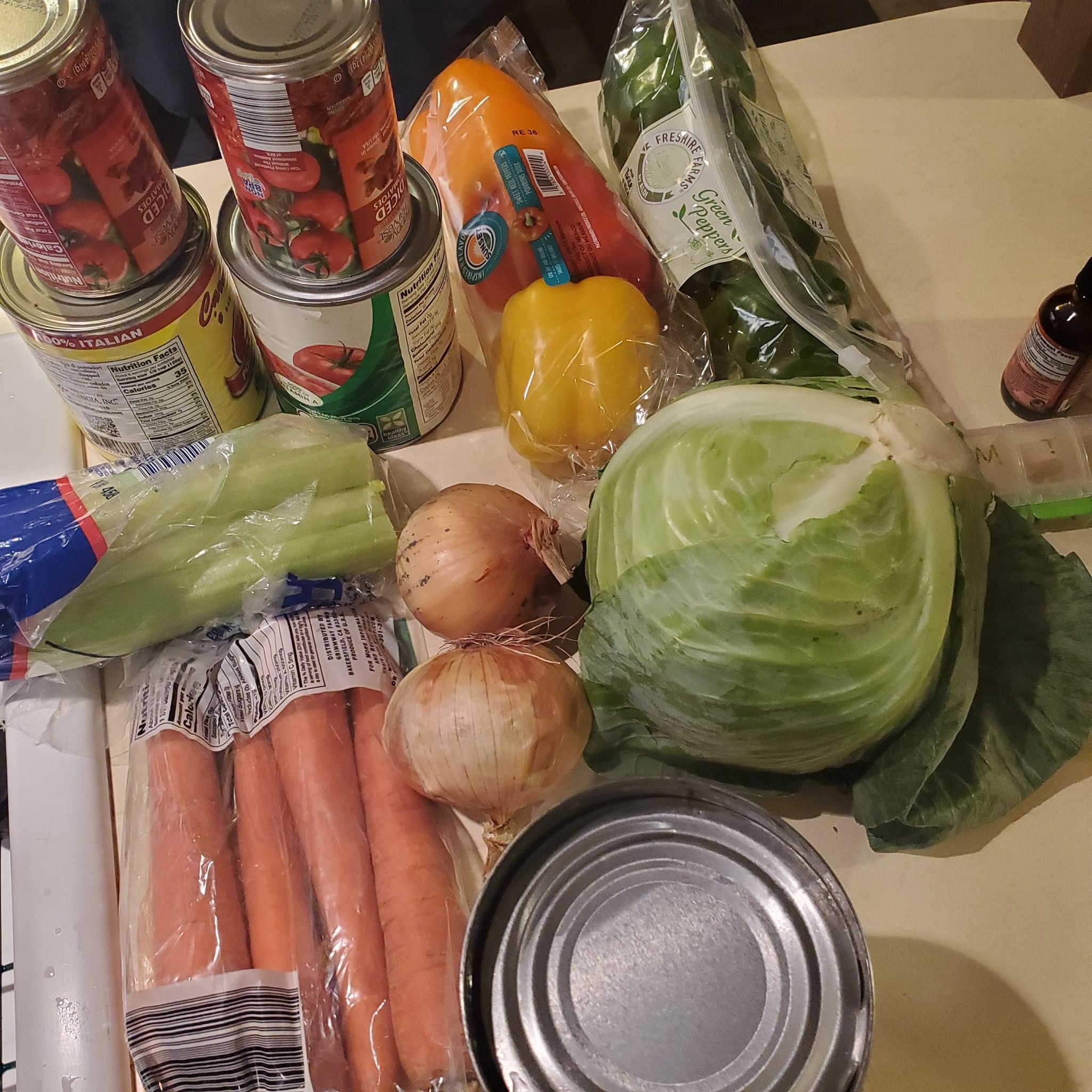 Thank you Patty for sharing your recipe

Keep the soup love going with these recipes: