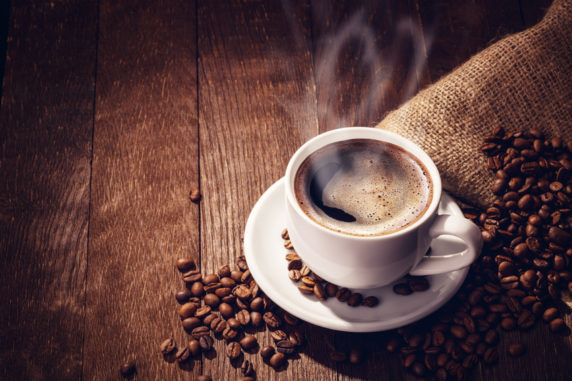 A Nielsen Global Consumer Exercise Trends Survey shows that 45% of millennials exercise regularly, and experts are now saying that those who work out should be drinking coffee or other caffeinated drinks before doing so.

According to Global News, personal trainer Max Lowery of The 2 Meal Day diet plan said that even though he doesn't actually drink coffee, it's important to drink some form of caffeine before hitting the gym.

“Caffeine can also be used as a pain suppressant and so not only will you have more energy but you’ll be less sensitive to the pain from a workout,” Lowery said.

Lowrey said that before he works out, he either drinks green tea or takes a green tea extract 30 minutes prior. He does say that black coffee is also a good option for your pre-workout. Amanda Thebe of Fit and Chips agrees with the idea that you should have a caffeinated drink before exercising.

“Caffeine is a stimulant that prevents the body slowing down, which means it can help boost your performance if kept within the workout window,” Thebe told Global News.

However, it's important to note that drinking coffee or any other caffeinated drink won't necessarily improve your workout. You actually need to be careful to not overdo it.

“The problem with drinking too much caffeine is that is can cause diarrhea and upset the GI tract,” Thebe said.

While a little bit of coffee or caffeine is something you should drink before working out, there are also some foods that you should avoid before rigorous activity. Thebe says that anything unhealthy should be avoided.

“For a strength workout eating beforehand has to be something that doesn’t upset your guts and allows you to push through for those extra reps,” Thebe said. “If you are eating near your workout window, say 45 minutes before, ensure it is an easily digested protein with fast-acting carbohydrate like a banana protein shake.”