Being a mother is not for the faint of heart. You are expected to juggle so many emotions, moving parts, schedules and yes the most important of all nurturing the precious psyches of these little people that just happen to be completely dependent on you for EVERYTHING. Add to that the stress, financial strain and 24/7 work it requires to raise an OLYMPIAN hopeful- and your job as a mom, well it requires the resilience of a demigod.

I’ve always watched the Olympic games and thought, I cannot fathom how these athletes have reached this pinnacle of greatness- they must have such a supportive family behind them- not only cheering them on but doing all that grunt work- from the 6am carpools to practice and yes the long hours and financial dollars it takes to get to that level of athletic success. 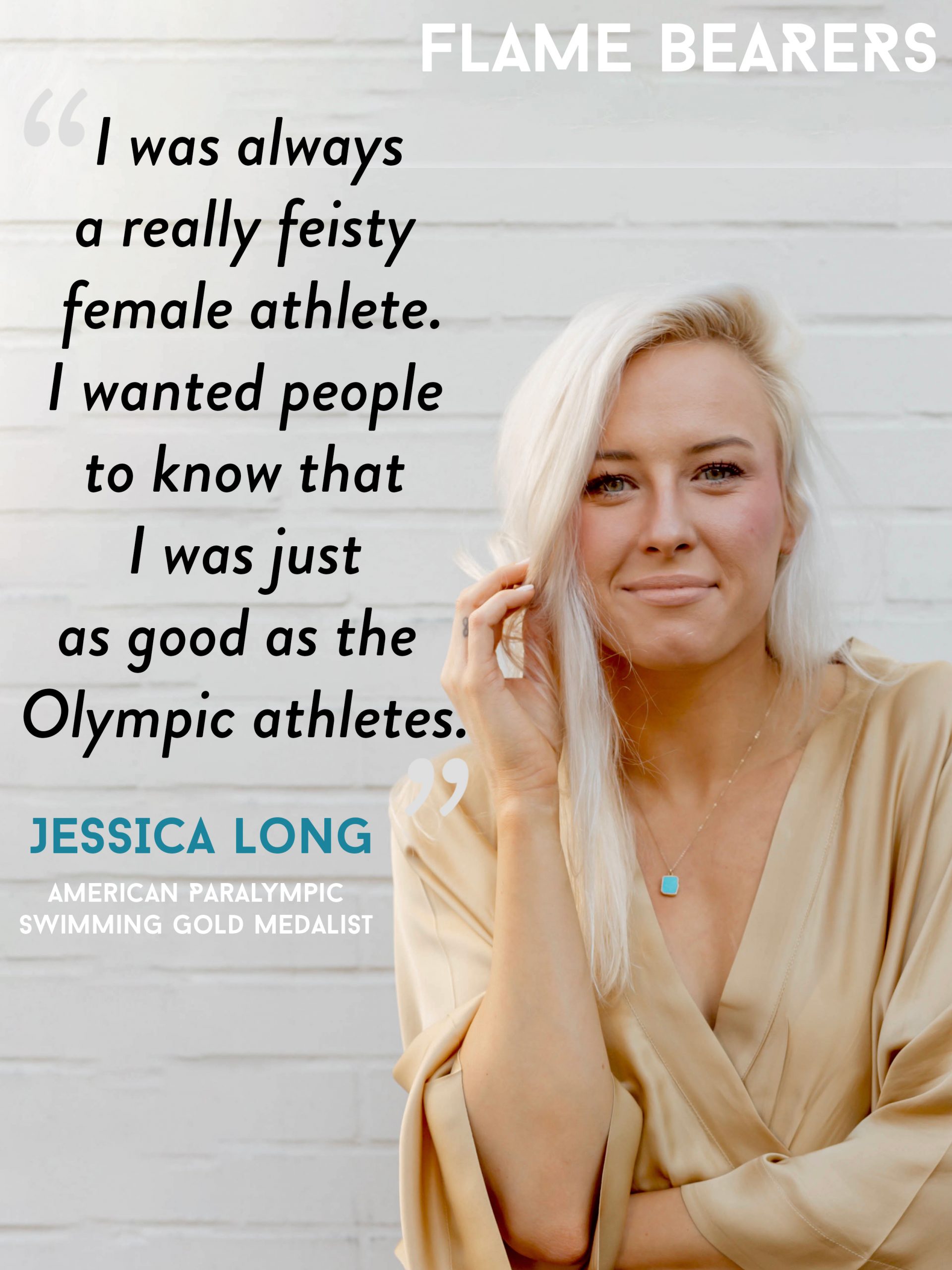 And I can’t imagine what being the mom of a paralympian athlete takes -and learning about  Paralympian athletes like Jessica Long –who shared her personal story on the podcast Flame Bearers which highlights The Women Athletes Blazing the Trail to Beijing and celebrates the journeys of Beijing’s unsung women Olympians & Paralympians and provides action-oriented analysis of the issues closest to their hearts –was a real eye opener!

Flame Bearers: The Women Athletes Blazing the Trail to Beijing

The Flame Bearers podcast spotlight some of our world’s greatest master sof resiliency & arms listeners with tips + calls to action for how we can all better stand together. 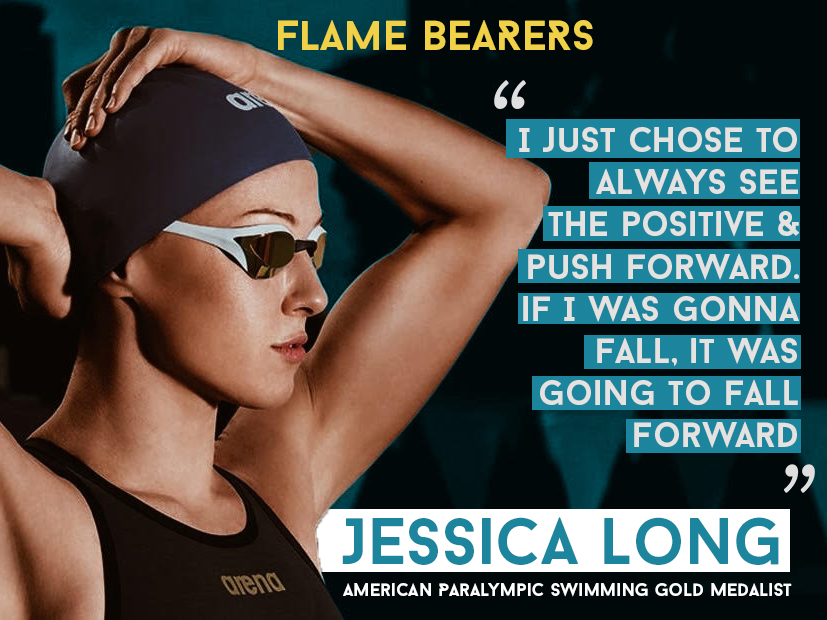 On an episode of Jessica Long is one of the most successful athletes in Paralympic Games’ history, holding 23 medals with 13 of them being gold. As she heads into her fifth Paralympics, Jessica shares that while her gold medals are “super cool”, for her, it’s “really about the journey.”

In this episode, this naturalized American swimmer from Russia shares what it’s like to grow up adopted, without legs, and born on a leap year, and how she strived to find perfection as a means to fill what she felt were voids in her life. Jessica lets us in on her connection to God and discusses how her faith has evolved over time. 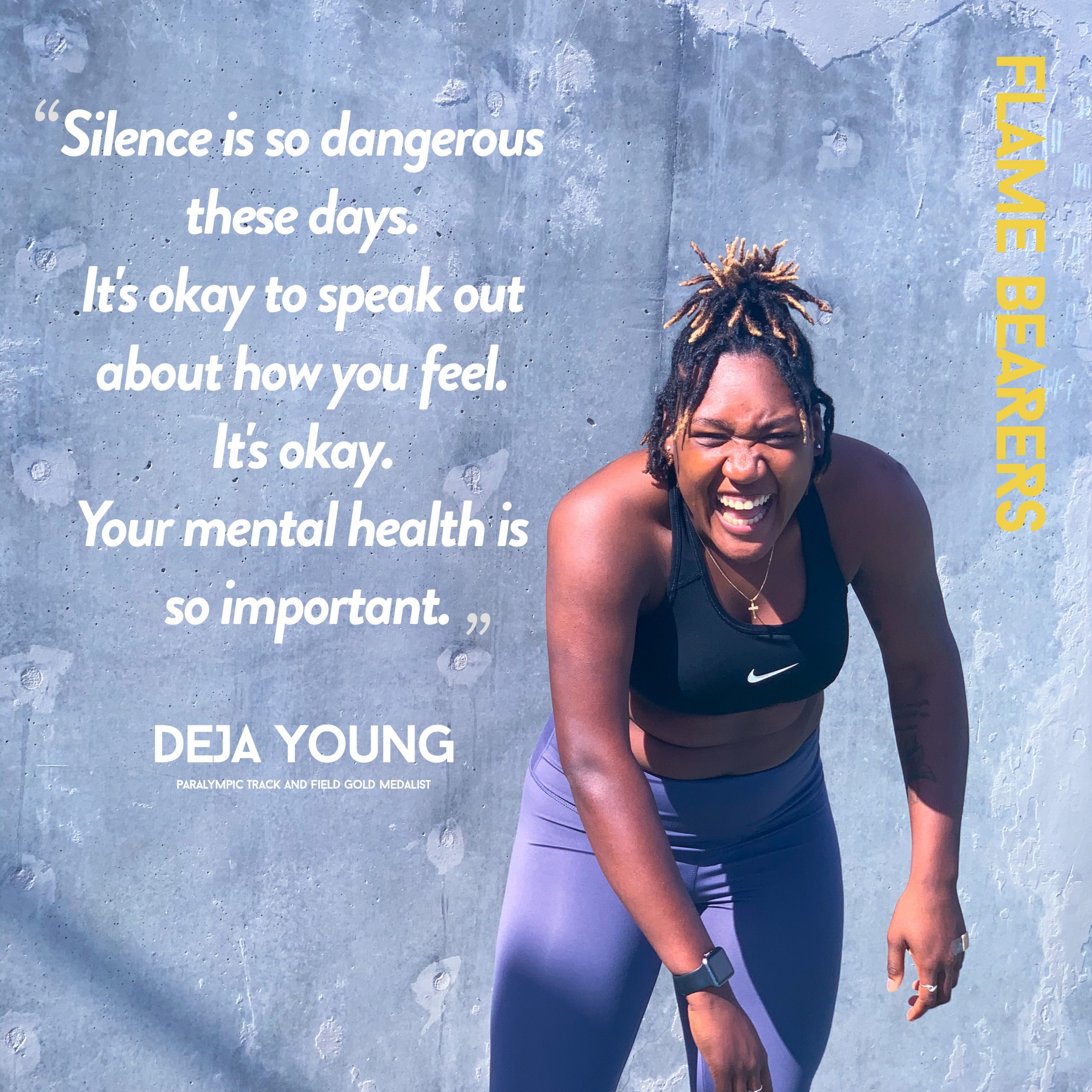 In another episode we meet Deja Young who shares that being a “non-traditional athlete” with brachial plexus has never held her back. Even though her condition was caused by medical malpractice during her birth, this 2x Paralympic gold medalist (100m & 200m) says she wouldn’t change a thing if she could: she’s where she is today because of what she’s been through. 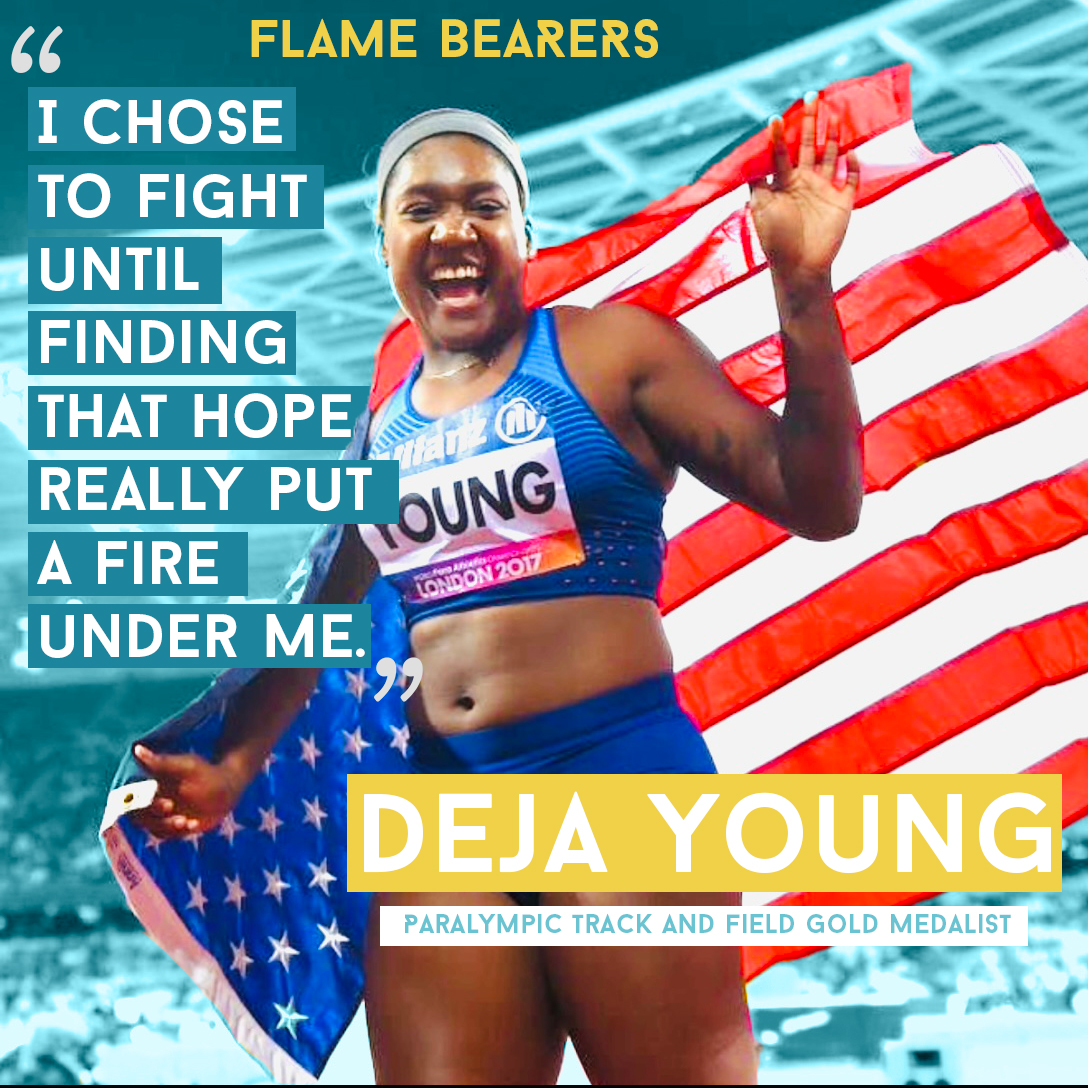 In this episode, she talks about what it was like growing up with brachial plexus (also called shoulder dystocia), explores how she got into running, and they turn to Deja’s ongoing battles with mental health, including her attempted suicide. The podcast ends with Deja’s choice to be an outspoken advocate for mental health issues and her offer to be there for others so they never feel alone. 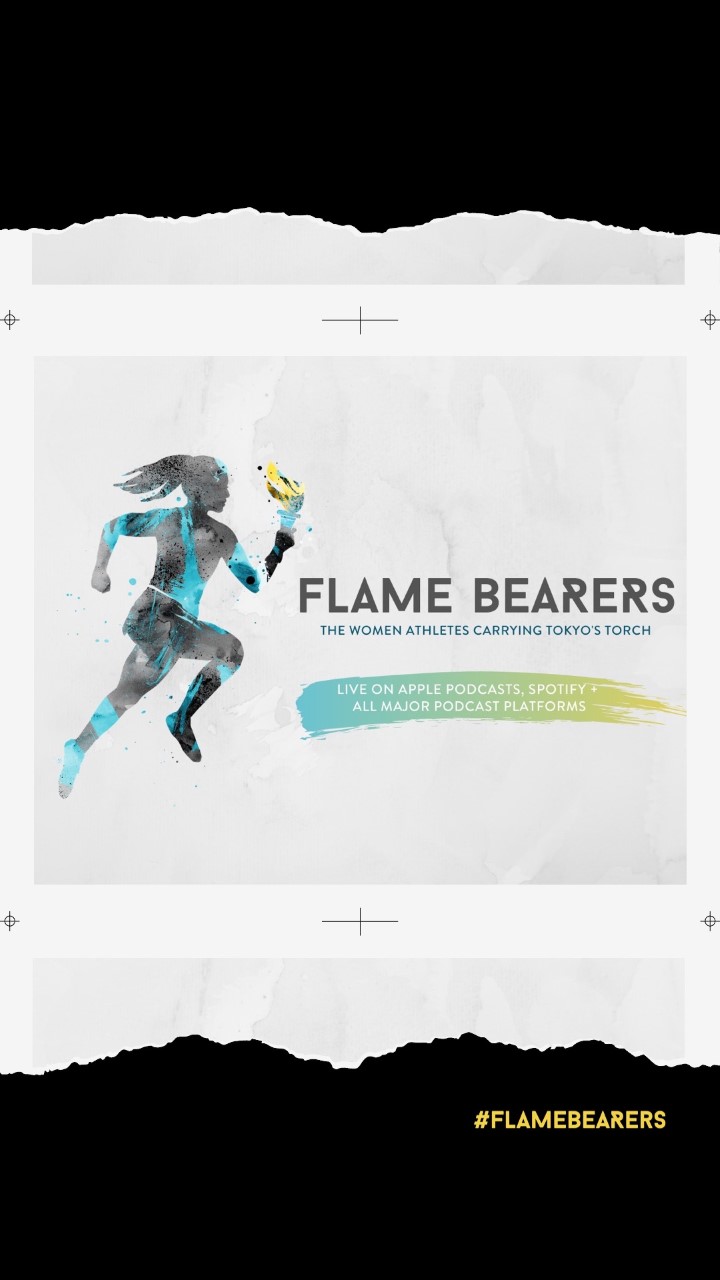 But the more I listened, the more I realized that this group of women pretty much epitomized what it means to live fearlessly and to stand by your dreams. As we look to the new Paralympian Games getting underway – these women exemplify the kind of grit and determination that it takes to be an Olympian. ANd for more behind the scenes on women athletes check out The Flame Bearers podcast.