I grew up in a house full of women. By the time I was twelve, and my mother finally gave birth to a son after having three daughters,  I’d been surrounded by so much estrogen I wasn’t even sure that  there was room for any testosterone in my life. By the time I was 12 I also had a FRONT-ROW seat to the in-law drama that my mother lamented about on a daily basis. We lived around the corner from my father’s parents ( according to my mother at their behest) and my mother and her mother-in-law to put it mildly DESPISED one another. At 12 years old I only got half of the story. I lived with my mother, I needed her support and I needed her love and if that meant taking her side against my grandparents- well that was part of my survival. It was what I needed to do to live in a home where my father was at work 18 hours a day and my mother ruled the roost. I think it also set the framework for this post aka This Mom’s Rules for Raising a Son: There are no Rules. 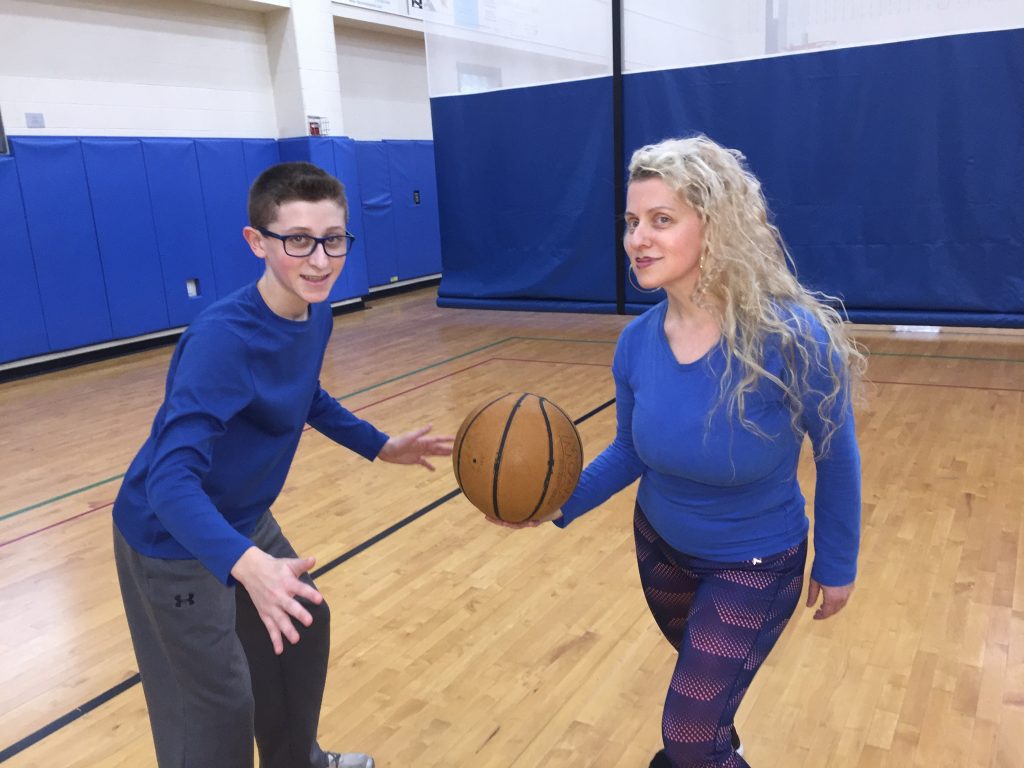 Granted my father was a product of two Holocaust survivors and I could not even fathom what harrowing experiences the two of them had to undergo, just to get out alive, and create some semblance of a life out of the devastation of losing their own families to Hitler’s senseless war on the Jews. But at 12 years old all I knew was this: My mother’s entire marriage was being invaded and undermined by the presence of her hateful in-laws. My father, she would always say, was a mama’s boy. He could never say no to his mother. He always put his mother before her and it took a heavy toll on their relationship and on our family life in general.

Fast forward to my life,  as a 45 year old woman who is the mother of an 13 year old boy and I am constantly aware of the delicate balance I must forge between my son’s love for me, and understanding that one day I will need to share his love with the woman he chooses to marry. In TOTAL jest I found this viral meme and posted it on facebook and inferred that I was on board with these RULES for dating my SON. For the record I AM NOT 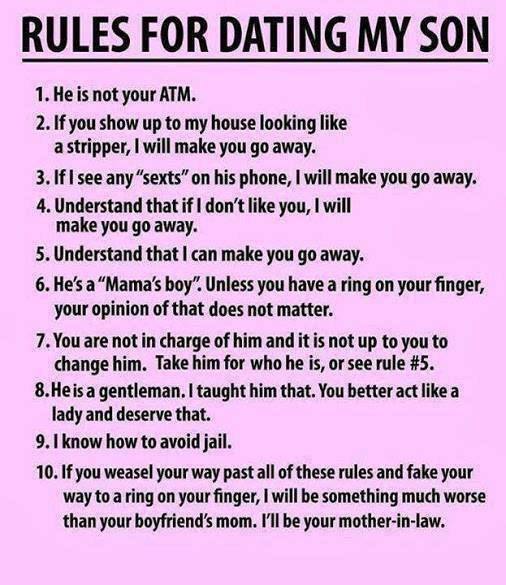 This Mom’s Rules for Raising a Son: There are no Rules

As a mother- I cannot imagine that anyone could love my children as much or as unconditionally as I love them. That any man or woman will be as comforting, supportive and fiercely loyal to my children as I will be to them. I cannot believe that the person who chooses to date and ultimately marry my son, will be his greatest champion, will be able to forgive his absentmindedness, will be able to see the silver lining in his quirks and jokes. But as the mother of a son, I know I need to do just that. I need to love him enough and completely to let him go. To let him accept and be fully invested in the love of another woman’s arms. And I need to do everything I can to embrace this woman. I need to respect her boundaries  and I need to honor her love for my boy.

Am I raising a mama’s boy? Yes, in the sense that he has my heart. He is my focus, he is my boy. The sun rises for me when I see him smile and it sets only when I know he is safe and secure. But I think in loving him so fully- part of that will be to love him enough to let another person love him and to be okay with sharing him and his love for others. And ultimately for me, I am raising my mama’s boy to know that whoever he chooses to bring into his life, I will love and accept her with every fiber of my being. I am determined not to let history repeat itself. 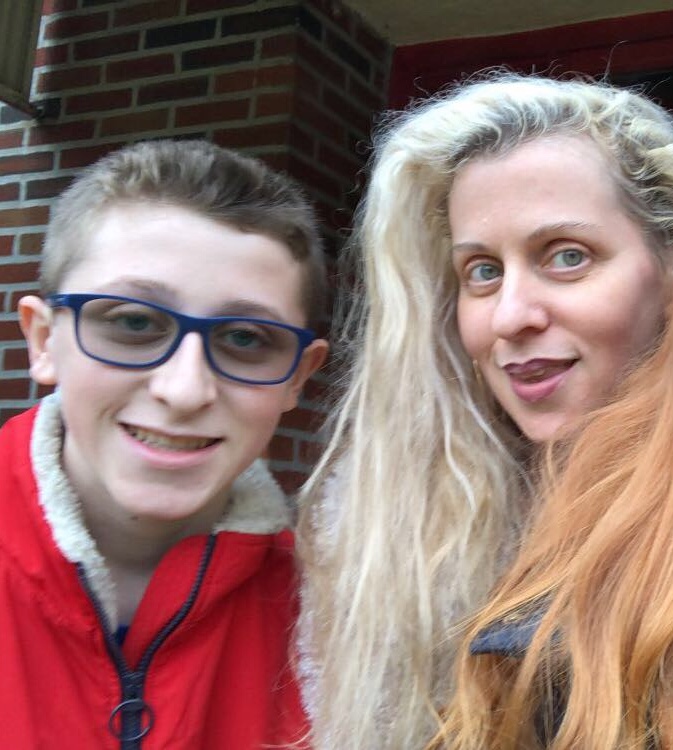 What do you think about This Mom’s Rules for Raising a Son: There are no Rules