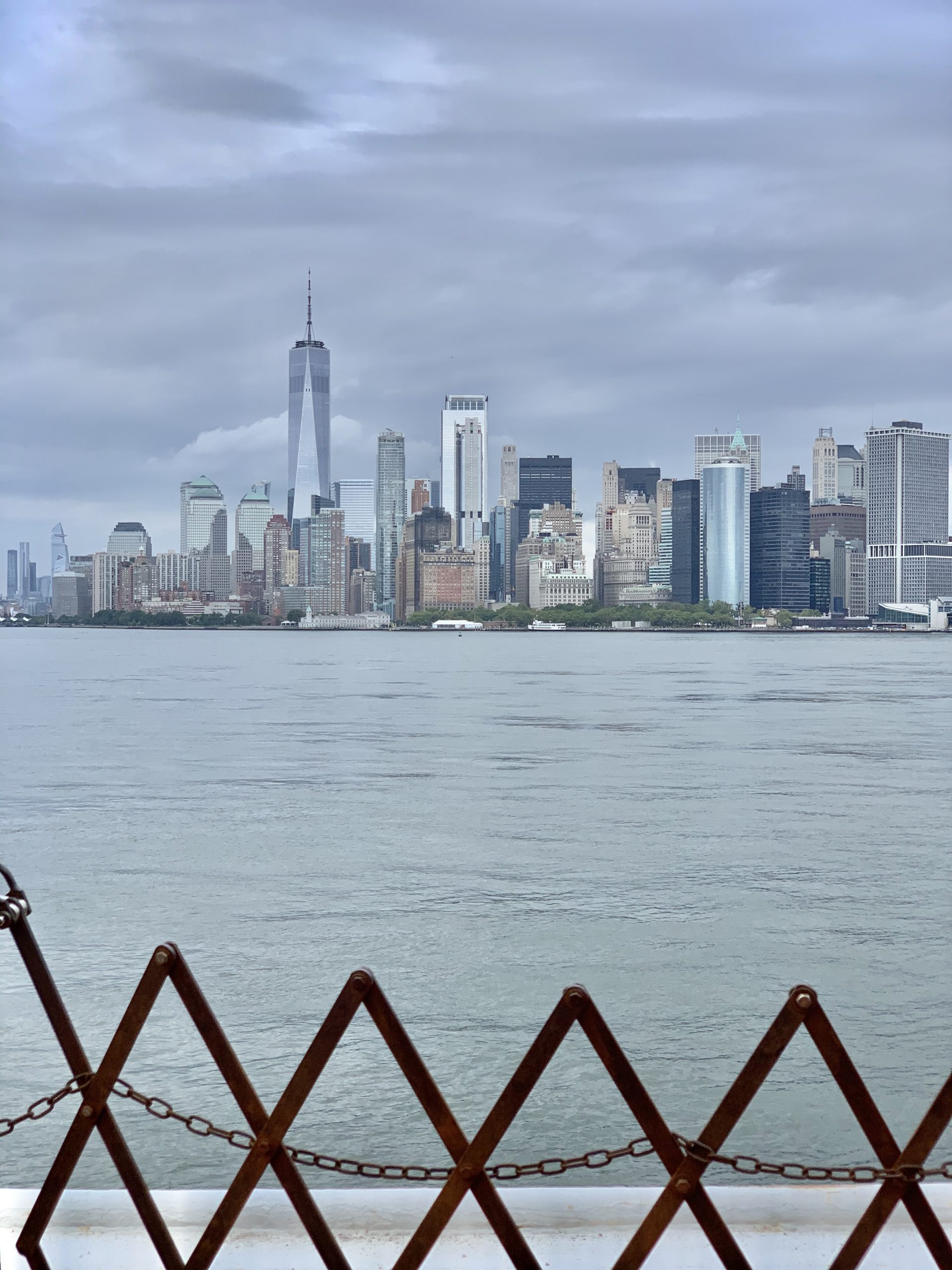 I live on Staten Island, in a sea of FDNY firefighters, these men and women are the backbone of our community here. I also live pretty close to the Staten Island ferry, the method of transportation so many Staten Islanders take each morning to get to lower Manhattan. The one my son takes each day to go to Stuyvesant High School.

It feels hard to breathe on days like this. It feels fresh and raw. Perhaps because I live on Staten Island where I personally have friends and neighbors whose relatives were killed that day. Yes they were killed, just for going to their job. It was the most beautiful of days- the skies were so crisply blue- free of clouds. It felt like one of those days where anything was possible. And if you'd ever been to the World Trade Center– which I'd always felt was this city onto itself-it was just another day to get your business done. I remember riding those elevators, when I worked in downtown Manhattan, always marveling at the scope and sheer resilience of mankind- able to create two massive structures. I was always so busy in meetings on the lower floors that despite my desire to lunch or dinner at the famed restaurant in the sky- Windows on the world- located at the top of the World trade center I never made it. 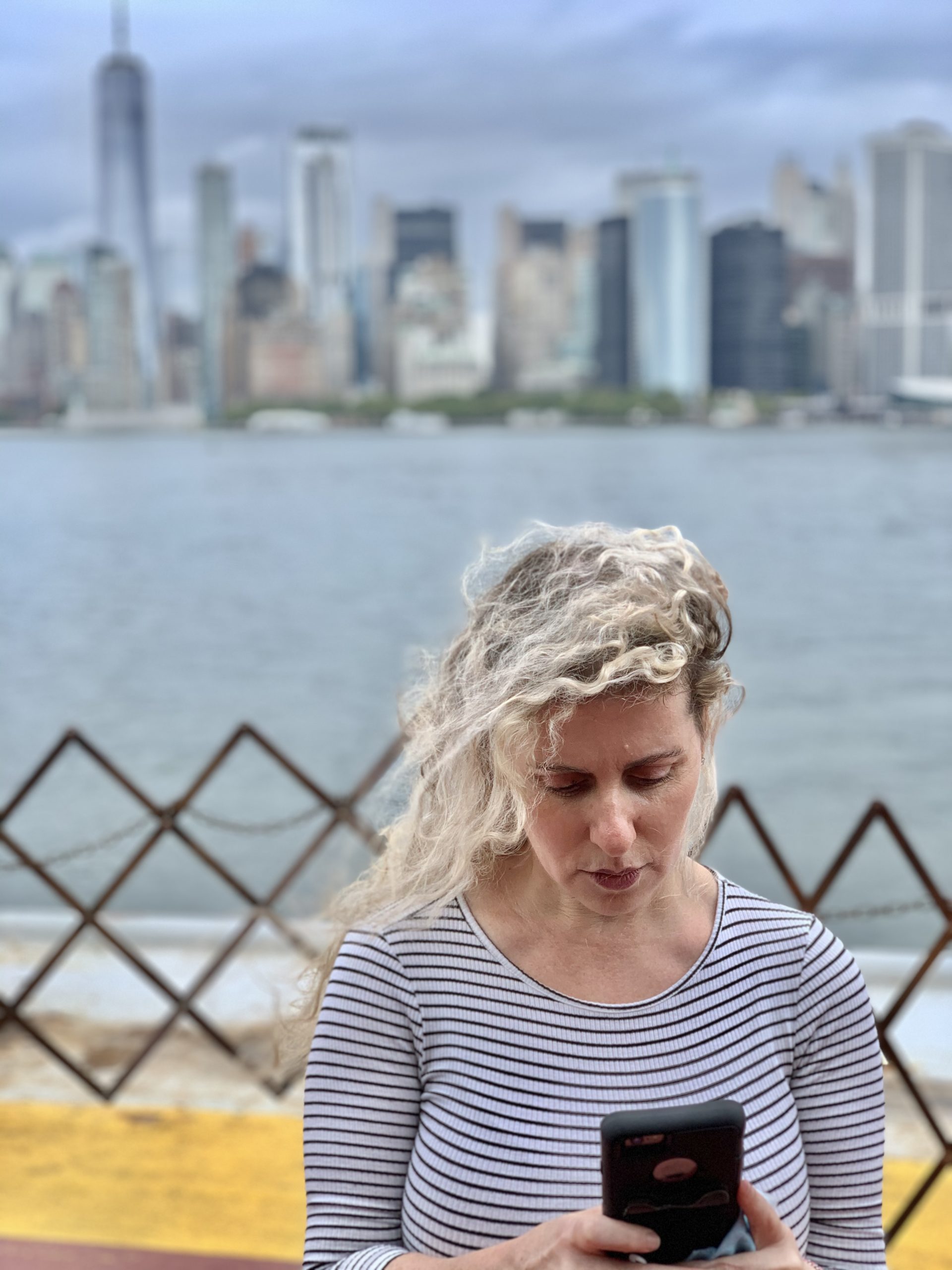 This pic is the Manhattan skyline i see on my ferry ⛴ trips. the freedom tower is majestic but i still can't bring myself to walk through its doors. the space. that ground is hallowed. And what remains are so many first responders who have been plagued by health problems that have robbed them of years of happiness and families who will never be whole after their loved ones were so tragically massacred on 9/11.

Every single person killed on that day was someone's child, someone's father, someone's sibling, someone's uncle, someone's spouse….it seems like the evil that existed that day -that fueled and perpetrated these terrorist attacks-is unfathomable. Today I'm remembering #september11 on Staten island. May their memories forever be a blessing.

Staten Island is my home and we were devastated by the loss of life here- so many neighbors and friends taken in an instant. Remembering September 11th on Staten Island Here are my thoughts and my husband's: My eldest child, who is now 19 years old, was just five months old. I was in a haze of postpartum depression, laying in a dark room, trying to get my incredibly colicky baby to get comfortable. I was very focused on myself at the time and felt this real sense of being cut off from others in this new bubble of motherhood, and I was lonely. I remember lying on my couch with the TV on in the background, and all of a sudden there was this report that a plane had crashed into one of the World Trade Center towers. It seemed unreal — I thought it was one of those small planes, an accident — but it was terrifying. And then when the second plane hit, I truly thought, “We are under attack, I'm not safe anymore,” and it shook me to my core.

I think we live in a world that is nothing like it was pre-9/11, and my kids have never experienced not living under the fear and threat of a terrorist attack. Unfortunately this kind of warfare is nothing like the sanitized ones of our past, because the enemy is relentless and more than willing to sacrifice his or her own life to take ours under the guise of a religion. Honestly I worry about it a lot, and my hope is that we can find a way to honor each other and our religions in a way that doesn't include mass destruction and death.

I live on Staten Island, and I was here on 9/11. We lost so many lives, and so many were those first responders: firefighters, police officers and EMTs. We were hit so hard, it is a part of our culture here. We have many streets named after firefighters and loved ones taken too soon. It is our new kind of normal, something we all live with on a daily basis, and it is a huge change in the way I look at my world and that of my kids. There truly is no soft place to fall — nowhere that is safe — and for me that is the most tragic after-effect of 9/11.

I also know that I look at my life and that of my family so differently, that every day is not a given, it's a granted one, and every morning could be our last chance to kiss the ones we love and hold them tight. And so I try hard as I can to keep that top of mind. Always.

Where were you that day and what's your strongest memory

I was working that day in Brooklyn Heights and from where I worked you could actually see the twin towers from the windows.  I continued to work as more information became available regarding the true nature of the plane crashes and  that we had actually been attacked and this was terrorism. I had a wife and infant at home and could only think that I wanted to be with them at this time and make sure they were comforted and OK. I left work early and immediately went home to my family and although there was nothing we could do but watch the reports I was glad to be home with them.

What's your biggest hope for the future?

My biggest hope is that we never suffer another act of terrorism and that our country, state and city can stay one step ahead of people that wish us harm and keep us safe. I know this is a gargantuan task because an attack can have so many different  origins.

How has your life changed since 9/11?

On a day to day basis my life hasn't changed but when you peel back the layers  I know that life has changed. Obviously at airports and large  public places the reality of a danger  hits again and although all the security measures are an inconvenience I feel  whatever is necessary should be done to ensure our safety.  It is that danger that did not exist prior to 9/11 that has changed everyone's life in  a  liberal country like this one.

So dear readers how was September 11th changed you?