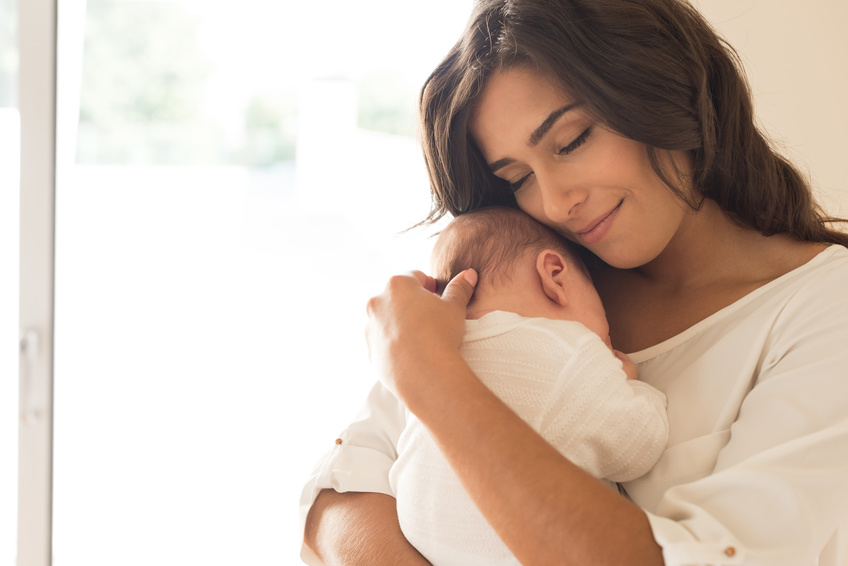 In the U.S., around 26.8% of mothers say they expressed breast milk five to 15 times per week in 2015. Although many American parents have adopted the adage “breast is best,” the majority of moms choose not to breastfeed across the pond. In fact, only 1% of mothers in the UK breastfeed their children by the time they reach six months of age, and in some areas of the country, only 12% of children aged six-to-eight weeks are breastfed. Now, a new trial study has found that there may be a way to improve those rates: offering a monetary incentive.

In a trial funded by Public Health England and the National Prevention Research Initiative and conducted by the University of Sheffield and the University of Dundee, more than 10,000 new mothers across north Nottinghamshire, Derbyshire, and South Yorkshire were offered shopping vouchers worth up to £120 (approximately $160) if their children received their breast milk when they were two days old, 10 days old, and six weeks old. The babies could be breastfed or receive expressed (or pumped) breast milk to qualify. If the babies involved continued to receive breast milk at up to six months, the mothers were eligible for another £80 (around $107) in shopping vouchers.

According to the researchers, the trial was a success. Although 40% of men aged 18 to 34 would prefer to do their shopping online, many new British moms clearly jump at the opportunity to earn some gift cards — which can be used like cash in many places — for their shopping needs in person or online. In places where the offer was available, there was a 6% increase in breastfeeding prevalence compared to areas in which new moms weren't awarded vouchers for breastfeeding.

According to Anahi Wheeldon, a community midwife from Sheffield, the vouchers made these mothers really feel appreciated, motivated, and accepted.

“The scheme has really helped changed the culture and attitude towards breastfeeding,” she told Nursing Times. “You used to be the odd one out if you breastfed, but now they know people who've breastfed, there is a network between mums, so it's become more normal.”

Dr. Clare Relton, trial principal investigator from the University of Sheffield, noted: “We were delighted that 46% of all eligible mothers signed up to the scheme and over 40% claimed at least one voucher.” This is of particular importance as the areas impacted by the study have historically low breastfeeding rates. “Eight out of 10 mothers in the UK who start to breastfeed stop before they really want to,” she added. “It seems that the voucher scheme helped mothers to breastfeed for longer. Mothers reported they felt rewarded for breastfeeding.”

However, some experts are skeptical of the results due to the trial's setup. Andrew Whitelaw, emeritus professor of neonatal medicine at the University of Bristol, pointed out that the results could have been skewed by new mothers in need of financial assistance. If a mother falsely reported she breastfed, she could have received a voucher and impacted the results at the same time.

Whitelaw explained to The Guardian, “This is a pioneering trial tackling the important problem of low breastfeeding rates in low-income areas in the UK. However, the trial design could not avoid the possibility that an economically deprived mother would be tempted to report she was breastfeeding (when she was not) in order to receive a £200 reward.”

And Kevin McConway, emeritus professor of applied statistics at the Open University, noted that the mere existence of the voucher scheme could have increased the likelihood that new moms would mention breastfeeding to their doctors.

As McConway explained, “The researchers' primary outcome measure is based to a considerable extent on what mothers tell their healthcare professionals about how they are feeding their babies. That applies to all the mothers in the areas where vouchers were available, not just those who chose to sign up for the vouchers, but the existence of the voucher scheme may make it more likely that mothers mention to healthcare professionals that they have been breastfeeding. So we can't be sure that all of the difference between areas with and without vouchers is because of real differences in breastfeeding.”

In this day and age, it can be tough for women to even find the time and energy to breastfeed. Although 71% of mothers now work outside the home, the time moms spend on child care has gone up by 57% since the mid-1970s. Study co-author Professor Mary Renfrew from the University of Dundee identified many difficulties new moms encounter when it comes to breastfeeding, including the stigma of doing so in public, the misconception that formula is equivalent to breastfeeding, and a lack of support in the workplace and in the community for nursing moms.

In the study, Renfrew said, “This is the first large-scale study to show an increase in breastfeeding in communities where rates have been low for generations, and where it can be particularly difficult for women to breastfeed without strong family and community support, because of strong societal barriers … Thanks to all the mothers and staff who supported this study, we now know much more about what might work to help new mothers to breastfeed.”

Ultimately, it isn't just mom and baby who would benefit from increased breastfeeding rates. The National Health Service would save at least £17m (that's around $22 million USD) every year in hospital admissions and doctor visits if women received the support they needed to breastfeed their children for longer periods of time. Not only could increased breastfeeding rates reduce acute, short-term illnesses in these children, but they could also improve their lifelong health by reducing the risks of obesity, cancer, and type 2 diabetes.

However, critics of the study maintain that there may be better ways to obtain these results without bribing mothers into doing what's best for their babies. And although eight out of 10 American moms breastfeed their babies at birth, the CDC reports that many stop earlier than recommended. Only about half of new moms breastfeed their children past six months, meaning that providing better education and support would be welcome here in the U.S., too.