Could my marriage survive without television? Hell to the no!

My baby brother and his wife have enjoyed several years of wedded bliss together with all the accouterments one would expect a young, married couple to possess; a toaster, a crock pot, new comforters, a dust buster except, for one small appliance.

Well- in their world it’s an insignificant talking box, but in my world and my marriage it is, in my opinion one of the ties that has bonded my husband and I to one another. 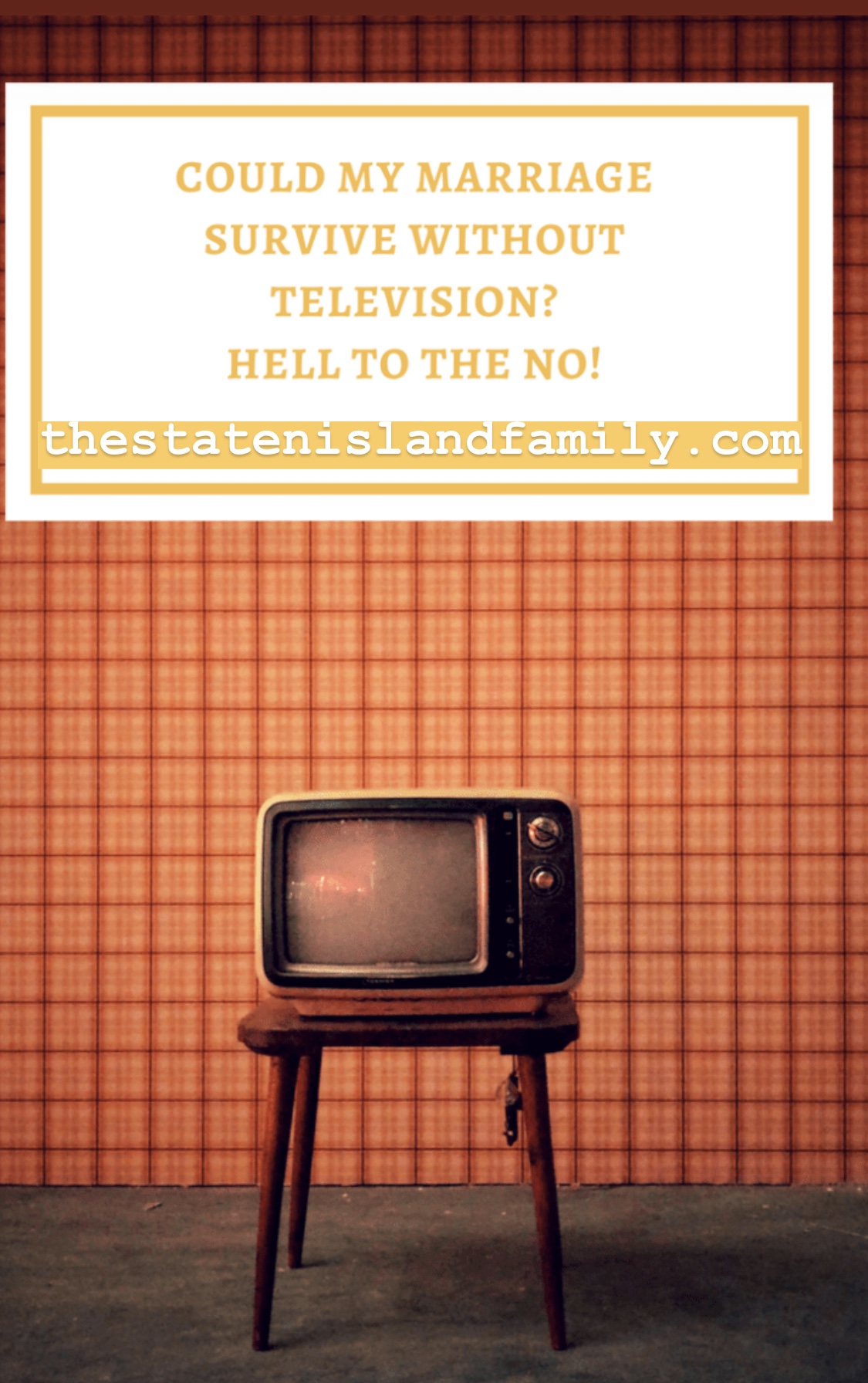 What is this device/ this inanimate object I speak of with such reverence? THE TELEVISION and much to my complete and utter shock and disbelief- my brother and sister in law have chosen to build a home without the presence of a television.

I know, just writing it down gives me chills! In fact, this afternoon, I asked my brother how he intended to keep his marriage intact in the absence of televisions soothing canned laughter wafting in the background, and he told me- he’d get back to me.

Of course then I told him- Could my marriage survive without television? Hell to the no! without a TV, I don’t think my marriage would survive, because that would means we’d have to fill ALL those oh so awkward silent pauses with actual conversation!

Could my marriage survive without television? Hell to the no!

But truthfully, for my husband and I TV has been the one common denominator that has helped to encourage conversation between us! Case in point During its long run- LOST was the glue that bonded us; we watched, speculated, analyzed and also discussed the personal lives and relationships of the characters ( which actually was a springboard for so many other conversations).  We never tired of the show or its characters and our shared connection for them- deepened the connection we had with one another.

And to be as blunt as possible, there are so many moments- when having the sound of a TV to lift tension, sadness or anger- has been a gift more than anything.

Of course my brother would disagree and say the TV is an artificial means of communication- that we are using it as a crutch, as a conduit to connect- and if our marriage was solid- well we wouldn’t need anything except for each other.

And maybe, in a perfect world, my husband and I would sit on a couch, stare into each other’s eyes, hold hands while reading our respective books, listening to the rain drops hit the window sill. But since neither of us wants to end up on America’s most wanted list- or as a suspect on yet another 48 hours mystery in which a spouse is  standing trial for the murder of their better half- we’ll be keeping our respective TV’s on and playing…

What about you- could your marriage survive without a television? And what does it say about my marriage that mine could not?!